New greens, tees and other changes have made the course more challenging in recent years, but it’s still not too tough for the average player. Some things haven’t changed. The beautiful rolling terrain, without condos or other nearby buildings, provides the same natural feeling that you’ve experienced on golf courses decades ago. It’s the perfect place to “Renew the Spirit” with family and friends.

We value your patronage and your time. Our staff strives to ensure that your weekend round of golf always takes less than 4.3 hours.

Open to the Public

Butter Valley can be found where Berks County, Lehigh County, and Montgomery County meet, just outside of Bally, PA. We offer golf lessons, league play and Golf Outings in addition to your standard round of 18 holes. You can even take advantage of our GPS electronic caddie system available at no extra charge with every Butter Valley Golf Cart.

Check out our Rates & Deals page for season passes and current specials!
Note: Groups may continue to request single rider carts for an additional $5 per person, per 18 holes

Register to use our online Tee Time Reservation system with the form below. Everyone must have a pre-booked starting time via our system or calling ahead in order to golf. Register below or call 610.845.2491.

Book your tee time online with our reservation system.

Did you register but did not receive an email confirmation yet? Please use our guest registration: 6108452491  password: BVGC

Since 1788, the Gehman family members have been caretakers of this land. They’ve nurtured it to the best of their abilities.

Butter Valley Golf Port is situated in the heart of what was once called the Butter Valley. The name came about because of the large number of dairy farms located in this valley from Hereford to Boyertown.

In 1967, John and Betty Gehman began to question whether it made sense to continue operating their dairy farm. Even though their Pine Valley Farm was one of the larger, more progressive operations in the area, the income generated didn’t seem right for such a huge investment of capital, time and physical effort.

While analyzing alternatives to dairy farming, the idea of building a golf course was repeatedly suggested. Golfers, familiar with the natural rolling terrain, knew this beautiful landscape could be transformed into a great place to play.

After some prodding, the positive-thinking Gehman’s brought in construction equipment and began forming the tees and greens.

Butter Valley Golf Port was completed in 1969. The front nine opened Memorial Day and the back nine followed on July 4th.

Why the airstrip? John learned to fly in 1946. The farm had an airstrip out back separating the pasture from the cornfields. A Taylorcraft or Piper J-3 always had a home under the lean-to attached to the corn crib. When it came time to design the golf course, a new, longer airstrip was plotted first. The golf holes were laid out second.

John and Betty retired in 1988. Since then, Butter Valley Golf Port has been under the management of their son John, his wife Joan and their family.

A major re-design took place in 1988 when new holes were added and the course lengthened. Not long ago, the 6th green was rebuilt and the 3rd hole was made into a par 5, which raised total par to 72. The course has been lengthened with new back tees on the 2nd, 4th, 16th and 17th holes. 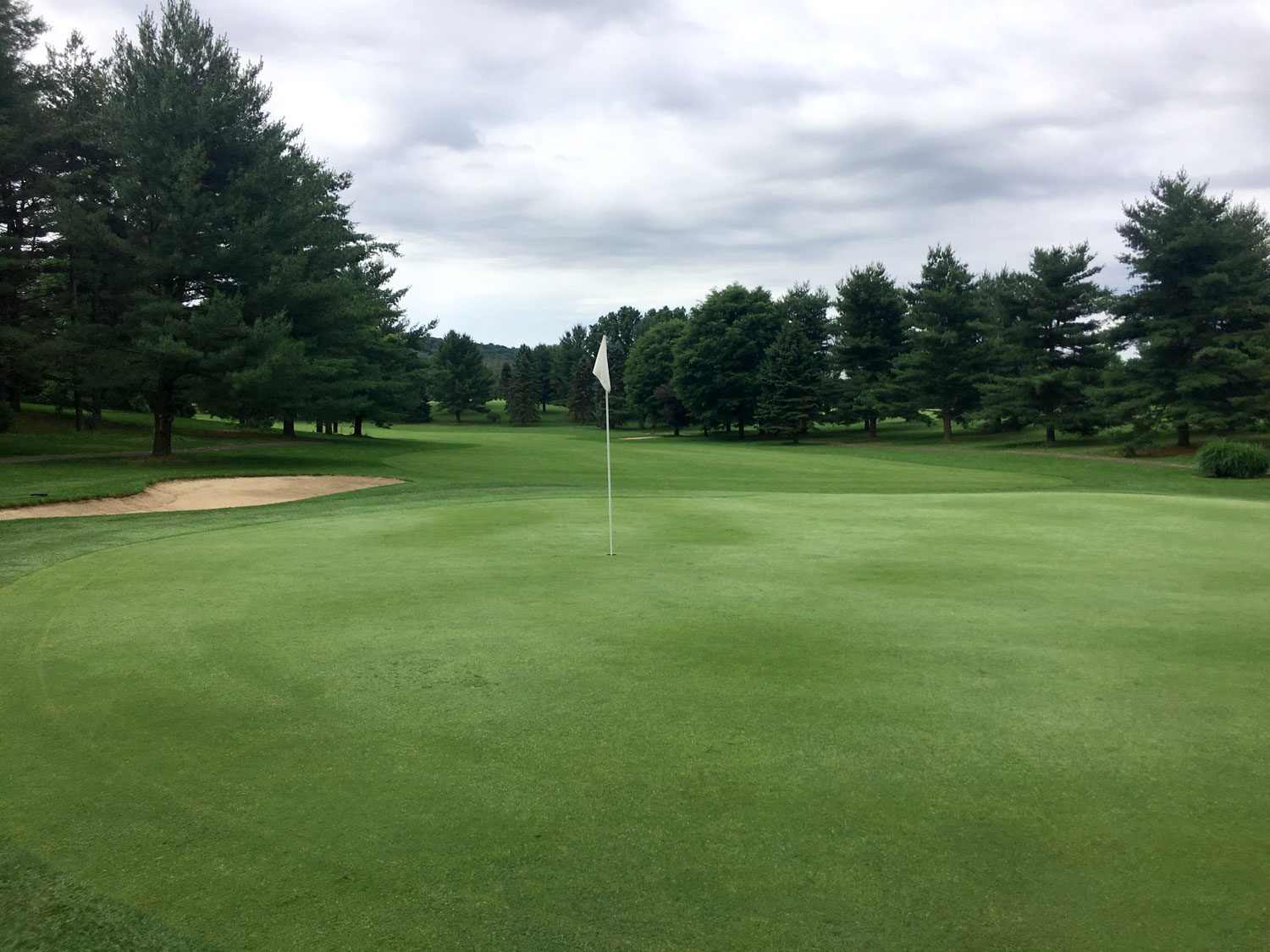 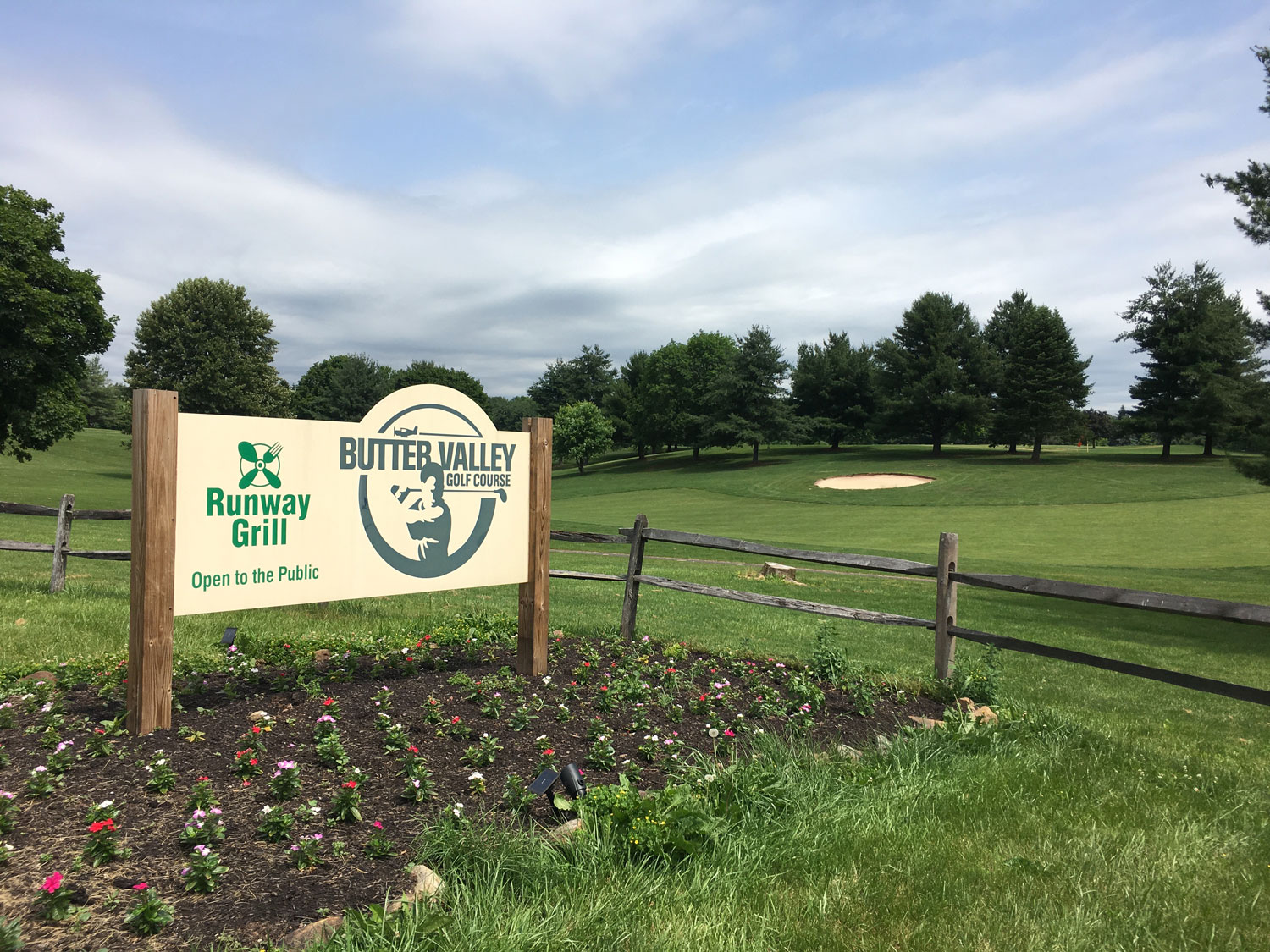 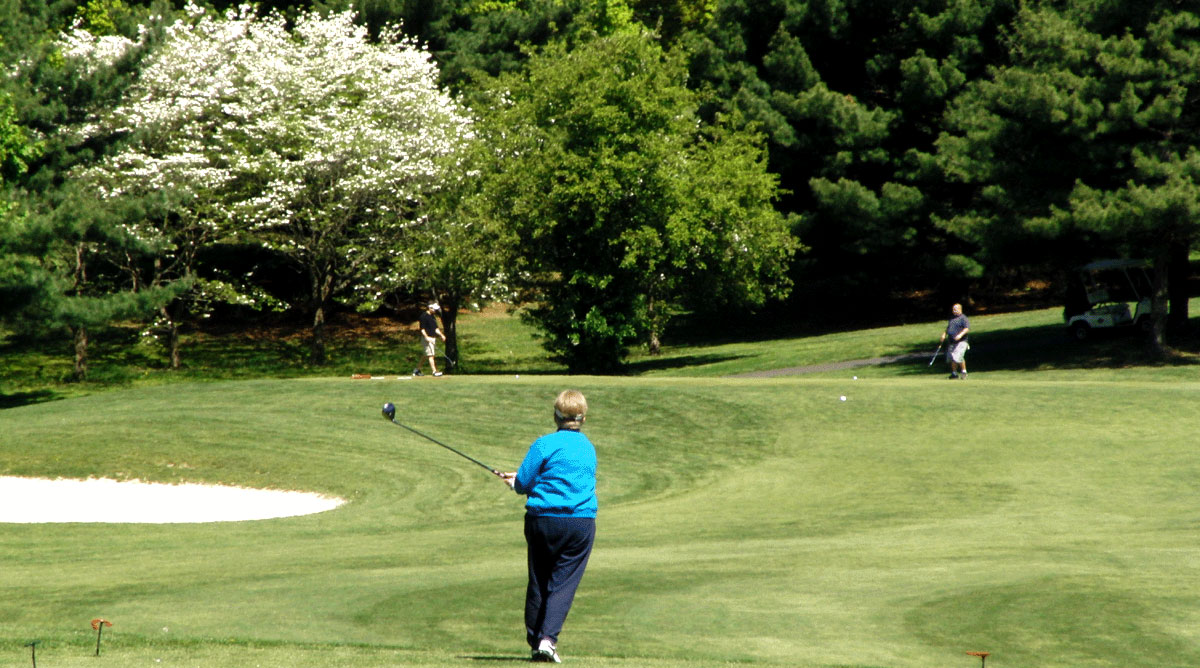 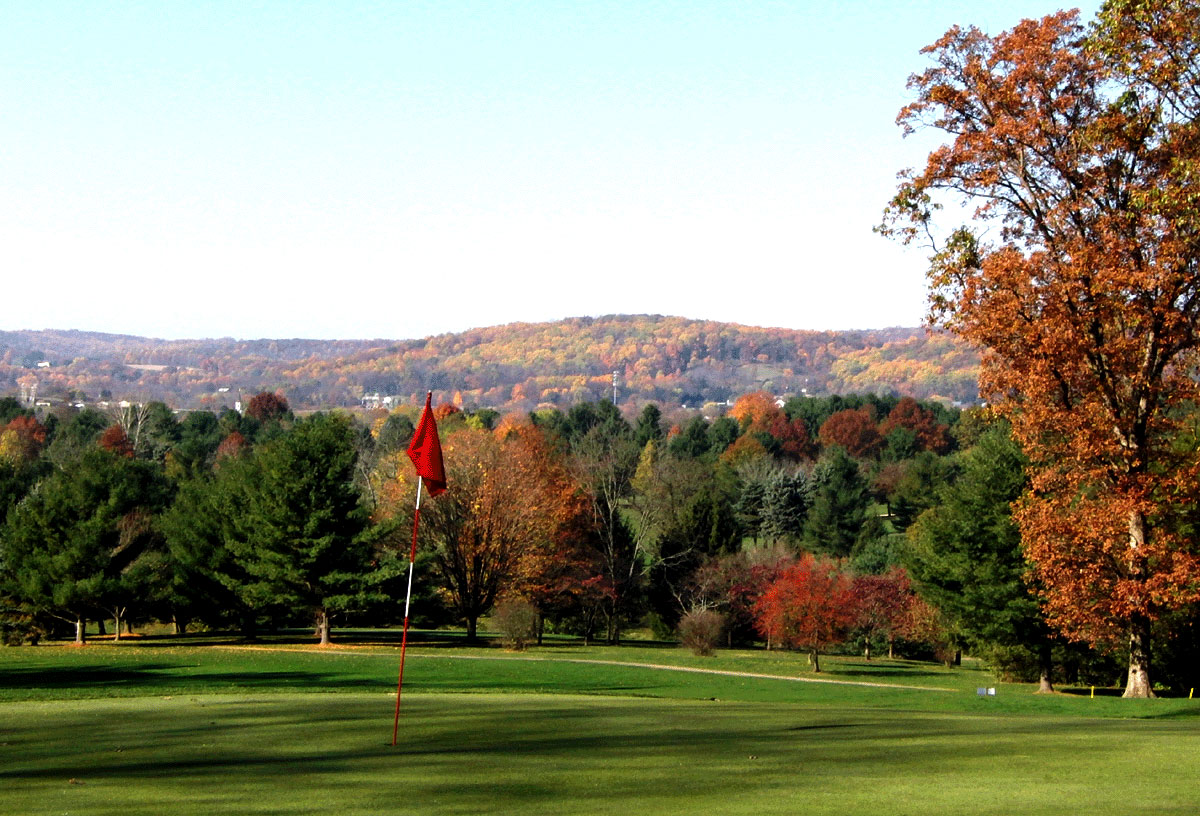 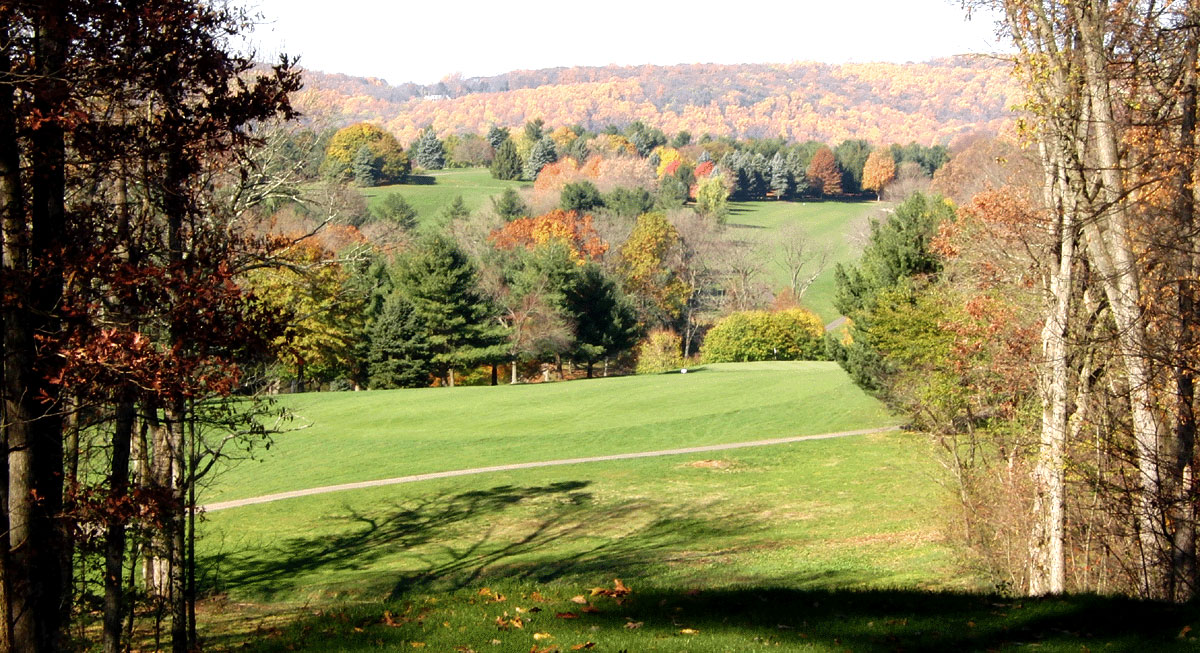 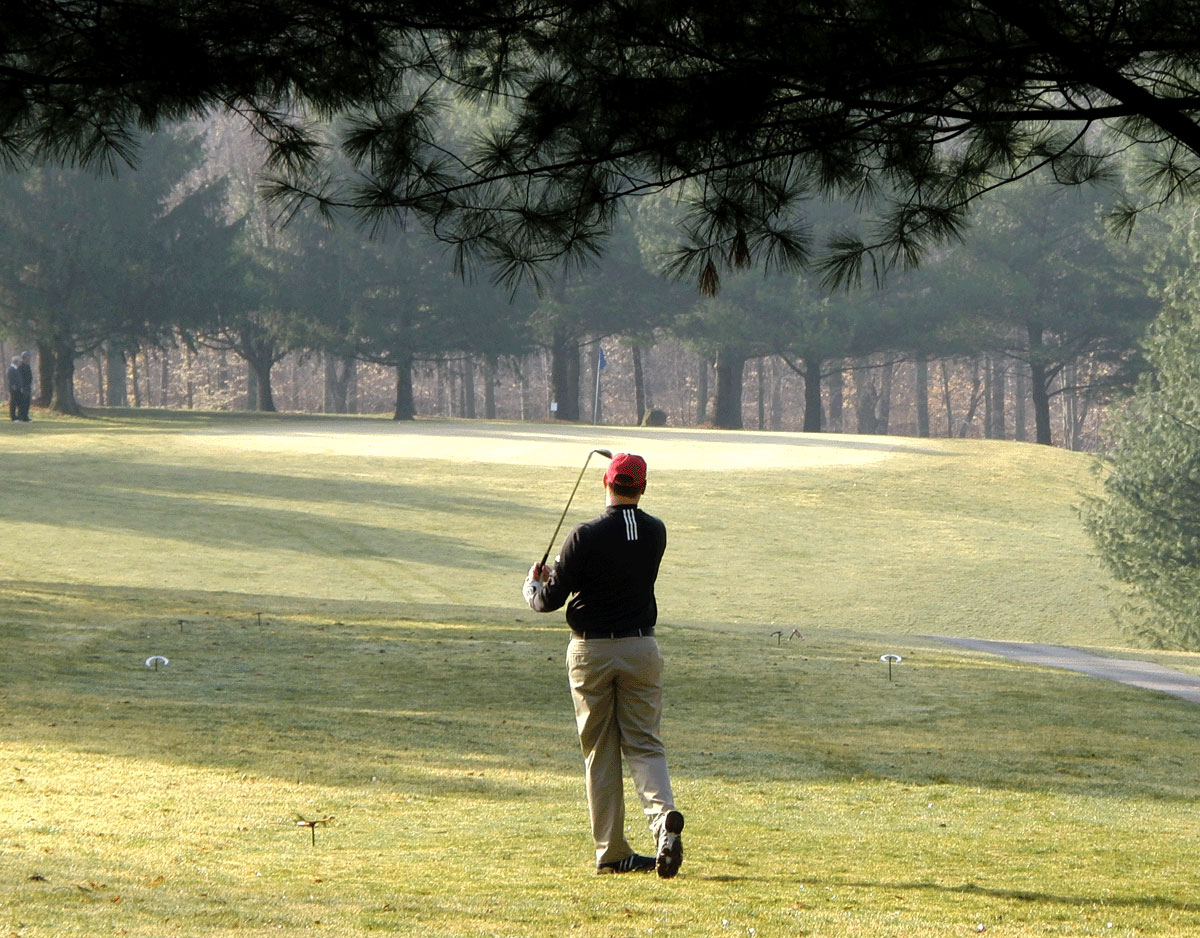 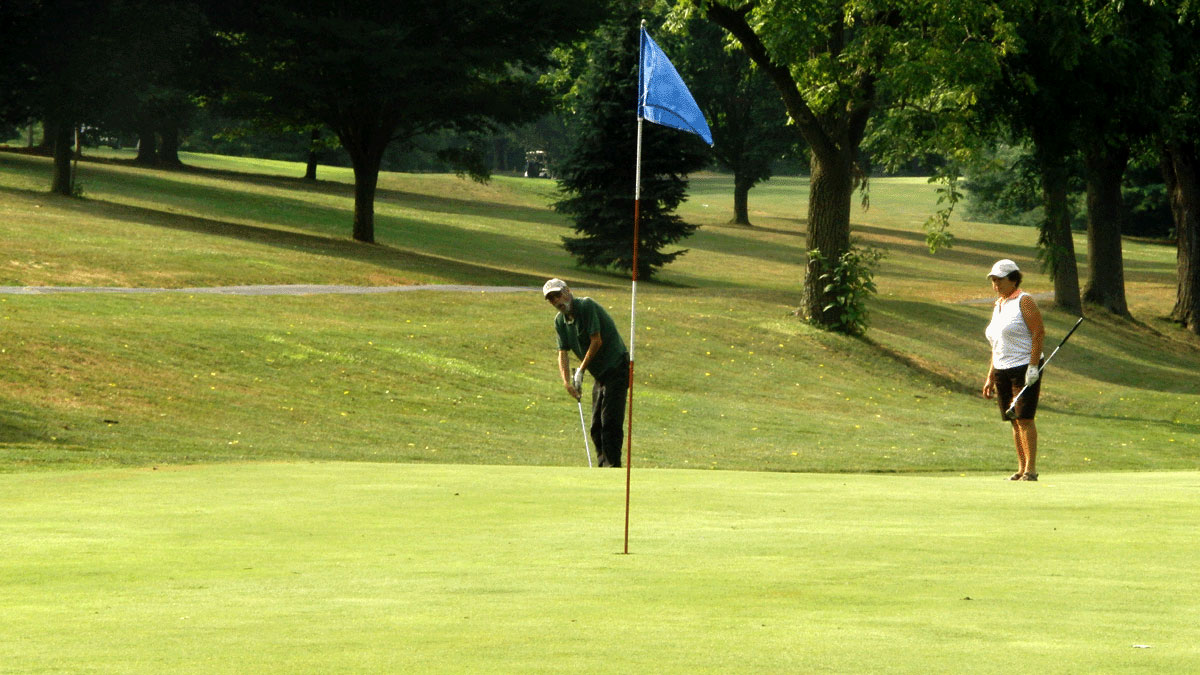 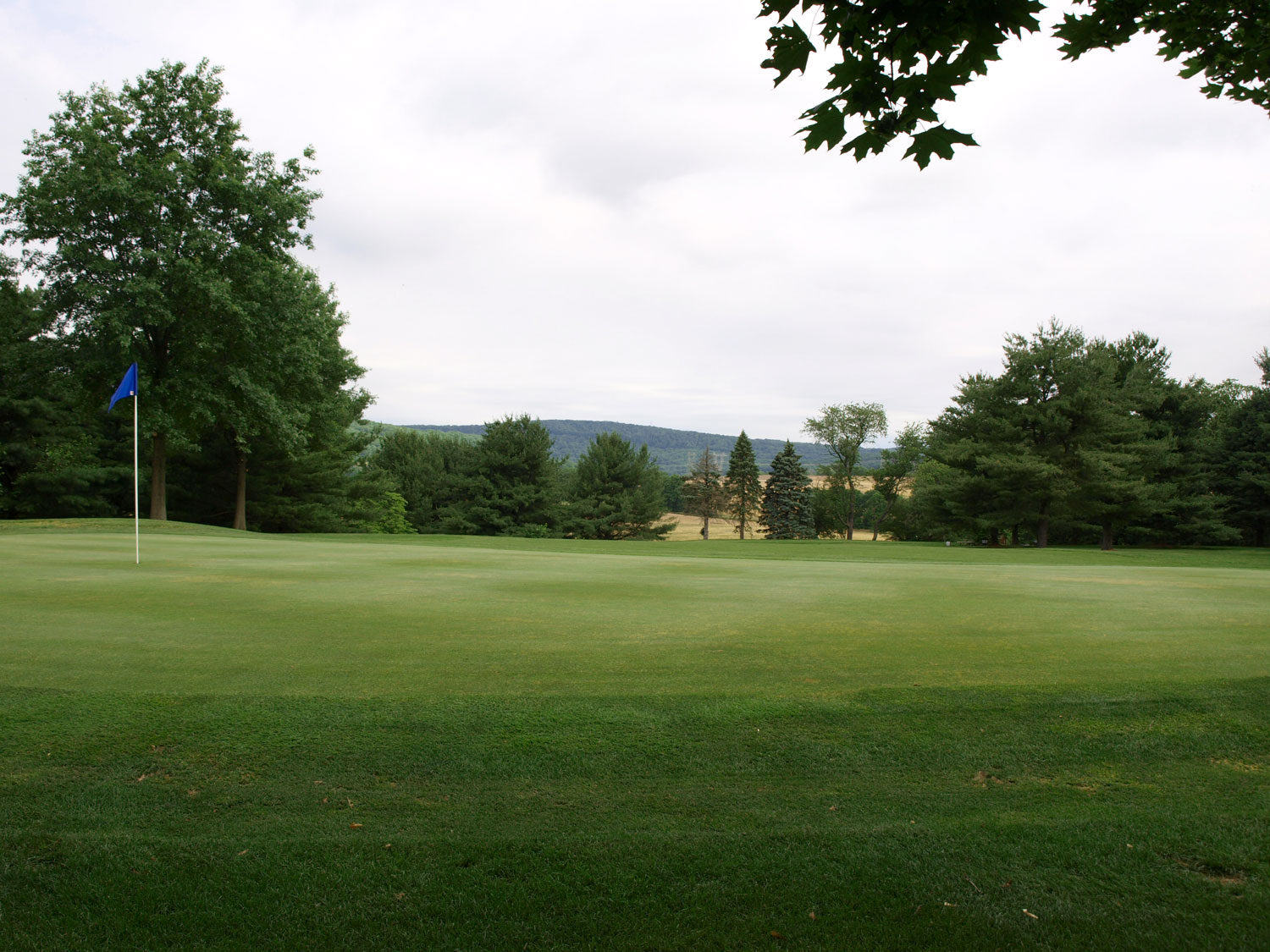 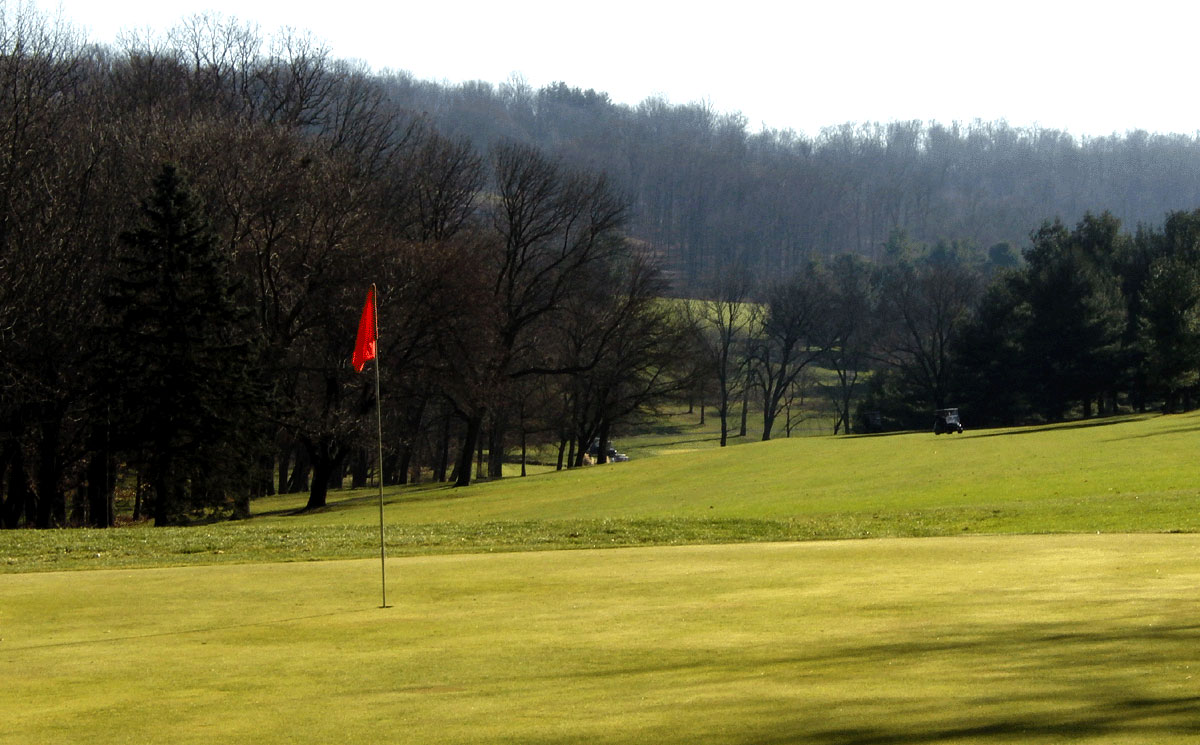 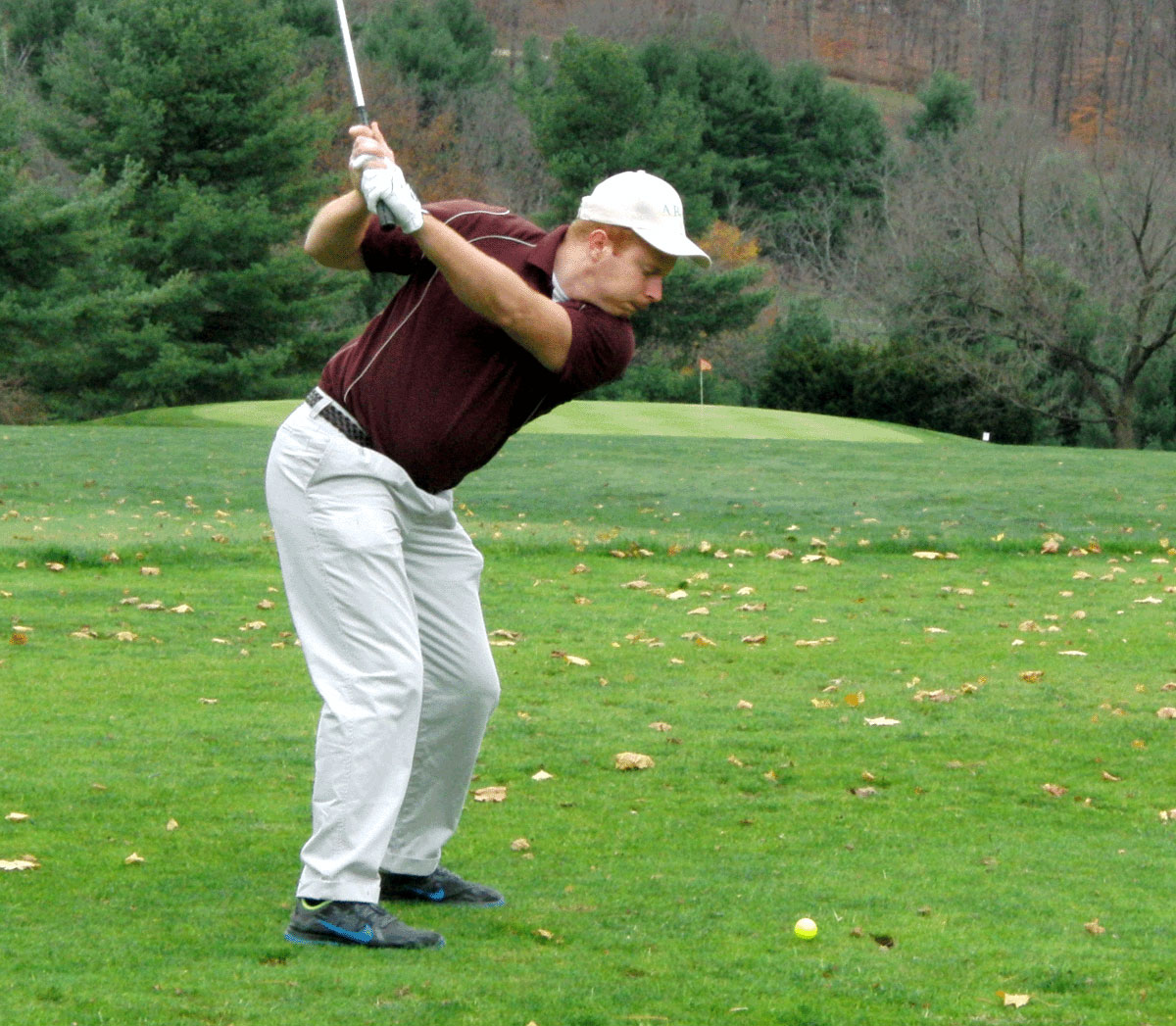 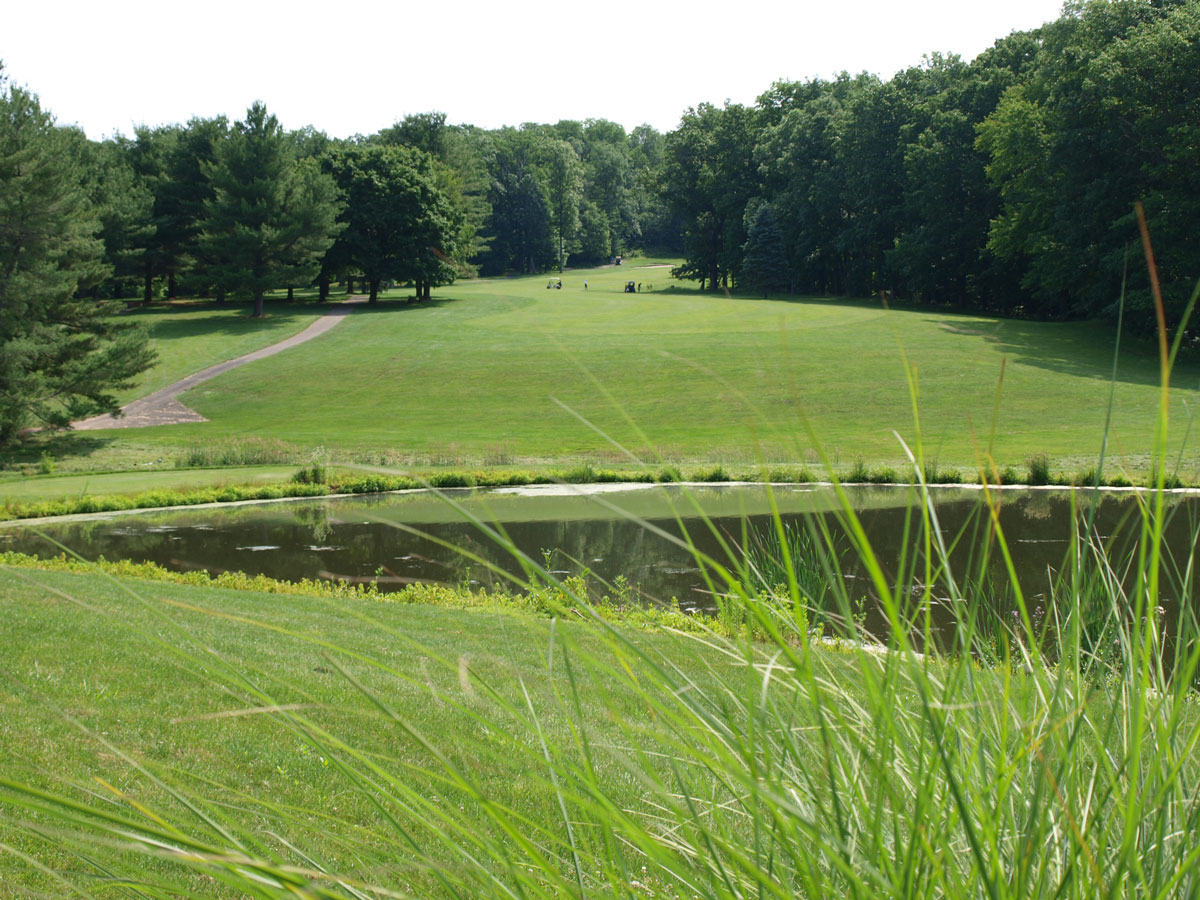